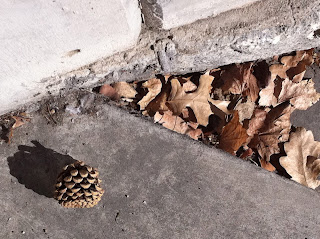 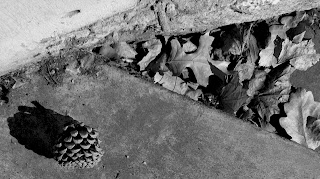 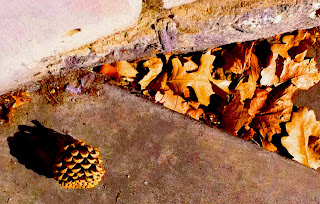 Posted by Purple Fuzzy Mittens at 1:51 PM 2 comments: Links to this post

Tonight, for the first time in 25 years, there was no TV to flip on when I got home. Oh sure, there have been times when I was camping, or I was moving and waiting for the cable to be hooked up, but those were temporary anomalies. Today the cable was switched off for good. (It took Charter an extra couple of weeks and 3 phone calls to make it happen, but it really is off now.) I wasn't sure how I would feel about it.

My first reaction was to, of course, reach for the remote. It's a reflex that has been firmly ingrained ever since remotes were first introduced. An hour later I still found myself unconsciously searching out the thing when I entered the room. That impulse will fade. I began thinking about how television has impacted the way I live.

Someone commented to me recently that the tendency for the workday to be broken up into equal hour or half-hour chunks, with most meetings starting on the hour, results from the prolific use of MS Outlook calendars. I'm inclined to think it has its origins in our television-intensive culture, where we adjust our schedules around "prime time" and the evening news. Everyone expects anything serious to start on the hour and last 60 minutes. (Sadly we have come to expect the lighthearted, funny bits to last only half that time, but that's another discussion.) Tonight I find myself still mentally dividing the evening into hour chunks, even though there is no longer any particular reason to do so.

Every evening I sit in the same spot in the living room, with the TV opposite and the laptop on the coffee table. Various objects, from magazines to craft projects, build up within arms reach. Yet I certainly own more seating than the one couch. Other chairs have occasionally become storage for stacks of misc. objects, as if they needed some other purpose to fulfill their reason for existence. Tonight I am sitting in an armchair usually inhabited by a pile of books and a cat. It faces into the room from the same wall as the TV, and provides a view I have not contemplated for a long time. A good view to contemplate life from. (OK, not everyone is thrilled - the cat is sulking since I am sitting in his chair.) Without being tied to the flickering box, I may start using the geography of my house in new ways.

My first impression was that it is very quiet without the TV. I am so used to it providing a level of background noise, and when it is off, I usually have music going. My second impression is that it is very noisy in my house. I hear the fridge, the furnace, and the ticking clock in the kitchen. Even the computer keys have a clack and rattle to them. From outside I hear the vague rumble of a truck heading up the street. And from behind my head on the back of the chair comes a very quiet constant feline purr (from Clara, not the sulking one). Listening to the house's sounds encourages me to relax in a way that, say, watching a rerun of CSI does not.

Finally, a quick report on my progress towards "less". So far I have managed to keep up my pledge of offloading at least one item per day from my house. My biggest victory so far was to send three televisions to recycling last weekend. It is a sad truth that one of the shameful legacies of the 20th century is the multitudinous millions of tube TVs that will eventually need to be disposed of. I wont even try to explain why I had acquired so many.

Another feature in my simplification efforts was to purchase a set of recycled-glass plates that stack neatly and tightly, and send a cupboard-full of mismatched, unstackable, chipped, and sometimes unmicrowavable, china to the Salvation Army. There was a slight bit of buyer's remorse when I discovered that the new dinner-sized plates don't fit in the dishwasher, but I'll deal with it. Yes, the white fluted plates I grew up with, and the fish plates from Costco, are moving on to other families.

Sorry for such a long post. Without television, I have time to ramble on....
Posted by Purple Fuzzy Mittens at 7:45 PM 2 comments: Links to this post 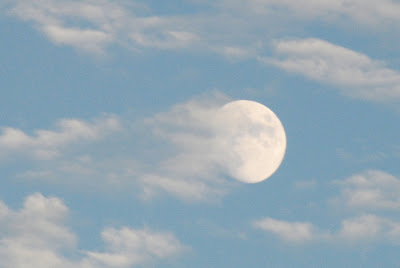 A new year usually comes with expectations of self-renovation. We look at our lives, think of all our past shortcomings, and make plans for amends. In the coming year we will become thinner, smarter, more organized. We will recycle more, eat better, exercise more, pay our bills on time, finish projects, and increase our retirement savings. We put a lot of pressure on the new year to fulfill our fantasies of change.

Aside from the required annual institutional goal-writing at work, I have just one direction in mind for this year: less. In the environmental spirit of the Small House Society, I aim to cut down on my overblown accumulation and archiving of consumer stuff. In the spirit of Thoreau, I aim to live simpler and more deliberately. I want to cut back on the complications that are weighing me down and shattering my focus. No - I do not plan to move to a tiny cabin in the woods. I do plan to offload some of the junk and look carefully at where my small reserves of time and resources are going.

So I offer up the "Emigration Game". For informational purposes only, since I have no plans of emigrating any time soon. Here is how it works: Consider the following scenario: You have decided to move to a small cottage somewhere overseas (or apartment or whatever - just quite a bit smaller than your current space). It is very expensive to move stuff, so you are only taking the items that you most need or care about. You are not planning on returning, so storing the rest is not an option. What would you take? How would you prioritize your list? This is not one of those survival games, so we are not talking about duct tape, a knife and a ball of string. It isn't a list of what-to-put-in-the-car-if-the-range-fire-is-approaching, either. Instead it is a consideration of BOTH your fondest possessions and the useful items needed for a reasonably happy life. We are talking things here. So go ahead and make your list. Then put it aside and come back to it a few days later. Or think about it as you navigate your house. You may surprise yourself. Again, this is for awareness only. I am not advocating getting rid of all the items not on the list. Unless you want to.

The order (after cats and trailer) changes as my mood shifts. Purely utilitarian stuff falls lower on the list.

So what have I done so far this year in the name of "Less"? Two things: First, I have established a policy of offloading at least one item per day. Throw it away, recycle it, give it away - whatever it takes to get it out of the house. It can be large or small. It doesn't count if I am replacing it with a new version or just emptying the usual trash. Second, I have called and canceled my cable TV. I can still get my favorite shows via download, but I will be freeing myself from the focus-sucking, time-wasting tyranny of never-ending crime show reruns. Yes, I know the TV has an off switch, but I am weak, plus I will be saving almost $700 per year (and I only had "expanded basic").